Everyone from Charlotte knows that traffic can get extremely dense. The area’s increased population is creating problems on the roadways and as more people move in, the roadways are only going to get worse. In 2012, there was an average of 39 vehicular accidents each day.

As a Charlotte resident and experienced accident lawyer, Thomas D. Bumgardner wanted to know what caused the majority of traffic accidents in the area. We analyzed the most recent stats from the Charlotte Department of Transportation to determine the leading causes of accidents.

The chart below shows the top 10 most dangerous intersections in the Charlotte area. Cambridge Commons Dr. and Harrisburg Road is the most dangerous road from 2012, despite having relatively low traffic volume (the most recent available statistics to date.)

This chart and Google map of traffic accident hot spots were created by Charlottology.com

Rush Hour is the Main Culprit

Spikes in the occurrence of traffic accidents are around 7 a.m. and 5 p.m. This coincides with the traditional “rush hour,” where most members of the workforce are commuting to and from their offices.

In addition, an increase in the number of accidents can be seen on Fridays. Impatience during the rush to get home for the weekend may be a large contributing factor in this statistic.

Charlotte Accidents (Broken Down by Day) 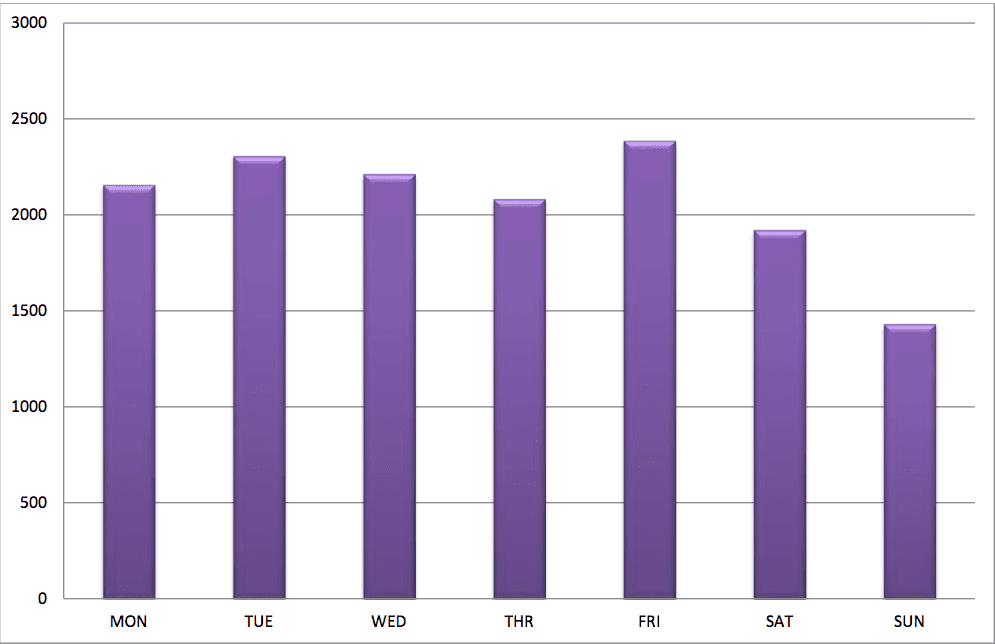 Most Accidents are Caused by Carelessness and Speeding

The 2012 report published by the Charlotte Department of Transportation outlines the documented causes of accidents. Topping the list is “inattention” and “failure to reduce speed.” Among the top causes are “failure to yield” and “following too closely.

Causes of Vehicular Accidents in Charlotte

Distracted and impatient drivers are a danger to everyone on the road. If you have incurred medical expenses, lost the ability to earn an income, suffered mental or physical pain or have lost a loved one due to the negligent acts of another driver, contact the Law Offices of Thomas D. Bumgardner at (704) 870-4779 to schedule a free consultation.